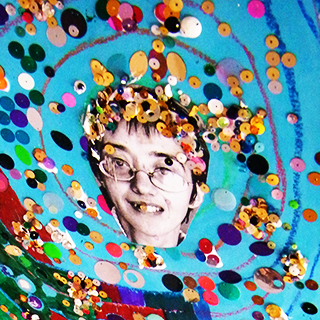 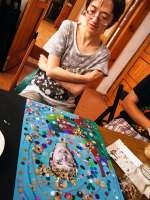 Marta Nawojczyk creates drawings, paintings, assemblages and three-dimensional objects. Her trademark are colourful compositions made up of repeating sequences of geometric abstract patterns. These colourful pictograms fill both flat and spatial forms. Many of them are inspired by her large collection of colourful clothing belts. Her works have been included in the book ‘I DON’T FIT IN MY SKIN’, published by the ArtBrut Gallery & Studio in cooperation with the European Capital of Culture Wrocław 2016.
She has been associated with the ArtBrut Gallery and Studio since their inception in 2009.